There was a time when it didn’t feel like a proper Halloween until a new Saw movie hit theaters, ready to gauge out the eyes of its squeamish, enraptured audiences. The franchise was more than just a gross-out gorefest, too; upon its release in 2004, the first Saw film introduced the world to director and co-writer James Wan (who later directed The Conjuring and Aquaman) and co-writer Leigh Whannell (who helmed 2020’s The Invisible Man). In just shy of two hours, the future Hollywood visionaries threw their audience into a proto-escape-room nightmare, and gave them a new language of gruesome, harrowing horror, filled with twisted morality games and deeply cut flesh.

On a budget of $1.2 million, the film would go on to gross $103 million worldwide, and gave birth to a reliably successful and provocative franchise that includes several sequels (with Darren Lynn Bousman ushering the series into multiverse territory after stepping in to direct Saw II, Saw III, and Saw IV), two video games, bountiful merch, and the kind of indelible iconography that turns one’s blood cold and that many horror movies only dream of. During its six-year franchise run (not counting a later reboot), Saw went from a major genre influencer to being an outlier in its awareness of other trends in horror filmmaking and the graphicness of its violence (which once signaled and seemed to be reactive to post-9/11, post-Abu Ghraib anxieties, now, if not passé, then at least not hip).

But, despite a very successful reboot, 2017’s Jigsaw (though it didn’t match the franchise’s earlier peaks, it grossed a respectable $102.9 million worldwide, nearly matching the original’s worldwide gross), the torture-porn genre (a term coined by New York Magazine’s David Edelstein back in 2006) that Saw helped popularize has wavered in horror culture’s consciousness, with other prestige-y approaches to the genre (like 2018’s Ari Aster bucolic nightmare Hereditary) and a renaissance in Black-focused horror works (like Get Out and Amazon’s Them) establishing a foothold in the discourse.

After a four-year hiatus from the big screen, further delayed in part due to the pandemic (the film was originally supposed to be released last October), Spiral: From the Book of Saw is the trap-infested series’s bet on blending those en-vogue horror aesthetics, bringing with it the gravitas of its somewhat surprising executive producer and star Chris Rock (acting alongside Samuel L. Jackson) and the controversial but timely subject of police brutality. As Chris Rock’s good cop Zeke is haunted by the decision he made on the force years ago to turn in a bad cop (something his co-workers remind him of every moment they can) and burdened by his fractured relationship with his father and former police chief (Samuel L. Jackson), a string of Jigsaw copycat killings begin besieging the city. But the victims aren’t just random bad eggs; this time, it’s bad cops who are ripping their own tongues out to understand the true value of their life. While it’s decidedly not Jigsaw Goes ACAB: The Movie, Spiral prods at uncomfortable questions of institutional racism and whether these kinds of systems can indeed be reformed from the inside, and does so the only way a Saw film would.

In early May, Vulture spoke with director and Saw alum Darren Lynn Bousman on Zoom about collaborating with Chris Rock, how they created the traps for Spiral, and the musical he’d remake if he could.

Can you tell me how this all came together?
I was actually in New York, about to direct a Broadway show. I got a call from the producer, Mark Berg, who said, “I need you to come back to Los Angeles, we have a meeting for you.” And I said, “I can’t. I’m in New York.” And he said, “Well, you might want to reconsider that — check your email.” And I looked at my email, and there was a script called The Organ Donor. And I said, “You know, Mark, I just don’t know if it’s possible.” And he goes, “Well, you’re going to be meeting Chris Rock.” In my mind, I could not believe that. It was the Chris Rock.

I freak out, I buy a plane ticket to L.A. On the flight, I read the script, and I realized reading it, [this] was the new Saw film. I freaked out. And I flew in, met with Chris, we immediately hit it off. About a month later, I was on my way to Toronto to make the movie.

How did the film continue to evolve from the script you were handed to your initial talks with Chris Rock to its final form?
Chris was so involved in this project from its inception all the way through editing the script. When I got brought on, which [was] about two months after the script had been first written, Chris wanted to do rewrites, so he had us all in a hotel. Myself, the writers, and Chris sat around a table and we just went through each scene, and Chris would talk about it. Then [screenwriters] Josh [Stolberg] and Pete [Goldfinger] would take a stab, and then they’d send it to Chris, and [he] would take a stab. And then we would meet again, and we would go through it.

Once we actually started filming, Chris was very [involved]; I’ve never worked with an actor like this, which was amazing. He would agonize the night before, over the next day’s scenes, and come out with alternatives and be like, “I just want to throw this out there, if it sticks.”

Even though the film was shot in 2019 and supposed to be released in 2020, it feels very responsive to our current discussions regarding police brutality, institutional racism, and the abolition movement. Did Spiral’s responsiveness to the culture sort of shape the development of the traps?
The traps are one of my favorite parts obviously in the Saw franchise, because when we write the script, the traps aren’t in it. You’ll read a thing and [it’ll] say, “[Detective Marv Boswick, played by Dan Petronijevic] is captured, insert trap one” and then it’ll say, “Bos dies.” And then we — the filmmakers and the design team — will sit in a room for weeks and try to think of ways that thematically tie into what they did. So he says his crime was that he lied under oath. So what is he doing? What is this fault? This fault is lying. How do you lie? We lie with your voice, with your tongue. Well, okay, let’s take his tongue out. Well, how do you take a tongue out? You can do it with pliers, but that’s not visual. Let’s make it more Saw-esque. Well, what if he has to literally remove his tongue by taking a leap of faith by jumping and so on.

They are becoming increasingly harder to design as the franchise is going on. Sometimes we love a trap, and it doesn’t work. Sometimes we love a trap, but it doesn’t fit with the crime of the person. So in this, we looked at the crime in the case of just lying under oath, and then figuring out designing a trap around that would again be a moralistic lesson for the person.

The film uses a lot of politically loaded imagery: the marionette, the dashcam footage, the scenes of police brutality. Was there any hesitancy on the team’s part with regards to how it was going to be executed?
I took a different approach in this movie that I wouldn’t have done [for] Saw II and Saw III; [they were] gratuitous in the way that we would really focus on the violence. On this, we wanted to do a lot through sound design and reaction shots. For example, the shot that you’re talking about with the dashcam footage, we didn’t want to show it; I didn’t want to actually see him and a body cam go off and [kill someone]. We wanted to play it kind of back [more restrained, from a distance] and through sound design. I think, in some respects, that’s more emotional than if we were to actually go and show it.

We had to get that piece of information conveyed, for the audience to understand why [this character] was chosen, like, “Why him?” We played around with a couple different ideas we originally had; it just [described the unwarranted killing at a traffic stop] in a tape. But that feels like a cop-out. So it just came down that we were gonna do the dashcam footage, and in the edit, we cut it back, we shot the actual footage of him doing it. But I was just like, it’s too much. Let’s play this. And maybe in some respects, it’s more disturbing the way it’s actually presented.

It’s a very striking moment in the film. In the time since this movie was meant to be released, our culture has had a confrontation with societal racism, and particularly with institutions like the police. What was the reaction from your team during the delay? How do you think the changing cultural attitude toward institutional racism and the police might impact the reception of the film?
I think all of us were shocked; I, like everyone else, open up the news every day, and you’re just shocked that these things are happening. One of the things I think that’s important for me as a filmmaker, and as someone that is an artist, is: You can’t villainize an entire organization. And if we, for example, would have taken the approach of all cops are bad, then you’re making propaganda and it doesn’t work.

One of the things that the writers and I talked about very early on is [that] both the heroes and villains had to exist — it can’t be an outside person doing this. So the fact that Zeke, himself, who’s our hero in this, is a police officer, going to stop this [these copycat murders], was paramount to us. We have our [character] going after bad apples of an unjust system. The reality [is], the hope is that if this [new phase of the franchise] continues, it will be other institutions. It will not just be police, it will be religious organizations or Wall Street or Big Pharma; there needs to be reform and change. But I don’t think it was ever our intention, even when we wrote the script back then, [to be like,] “Let’s villainize a group of people,” because I know so many police officers myself that are amazing people. But then there’s also the side of that where there are police officers that go too far and do too many nefarious things. So this is just a story taking place in this one police department.

The whole movie hinges on the idea that [Zeke] did the right thing: He turned someone in someone that was bad. This is just having that balance. So it’s not just us trying to push an agenda, but we’re showing different sides. It’s going to be interesting to see how it does specifically now, I think you’re going to get a much different reaction in 2021 than you would have had in 2020. 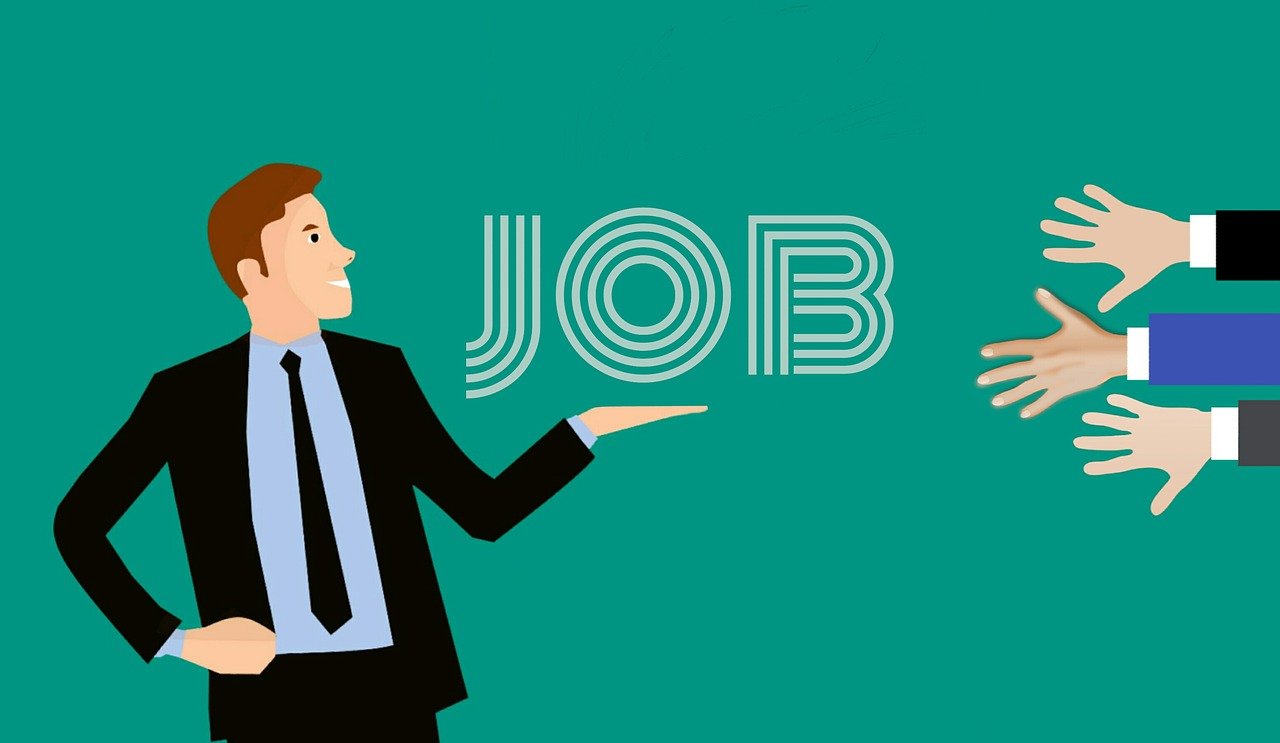 - To be able to succeed in this place, you have to be acquainted with HR technology, such as Applicant Tracking Systems and accounting systems.