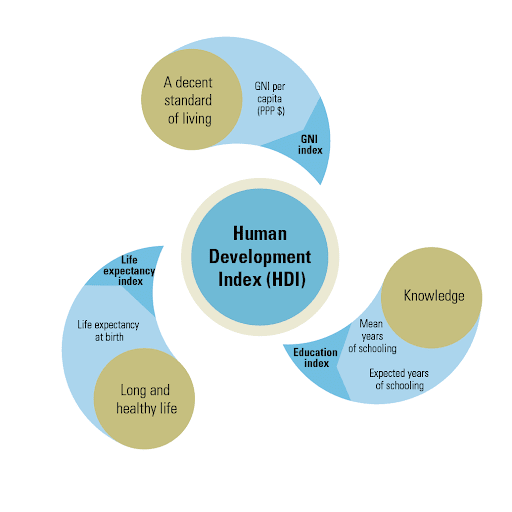 Are you experiencing an emotional crisis, or are you finding pitfalls in the way of great wealth? Or perhaps your crisis is a job that you cannot find in a homeland ravaged by unemployment? It's okay then; Because someone, in a neat suit and with an unreasonable number of testimonials on their CV, will decide that it's all simple and easy to fix.

Your emotional crisis will disappear during a lecture - or a session - given to you by this global trainer [1]. Likewise, your work crisis will end after a number of hours, so you come out with the certainty that any failure will be followed by success, even if you do not analyze this failure, and that everything in life is possible. As long as you convince yourself of that. Or maybe you leave the lecture to be - you the other one - a coach taking money from the pockets of those wishing to fight an emotional crisis or search for a job in a homeland ravaged by unemployment.

All you have to do is prepare an elegant design that bears your image in a formal robe, put next to it a list of academic degrees from universities almost all over the world, and leave the rest to the attractive title of your lecture and the aura that the organizers will create for you. These and other matters are mentioned by many who have been criticized for this phenomenon, including Dr. Tariq Al-Suwaidan, who saw that these formalities and appearances are what make these lectures luster and attract young people to them.

He says that these courses, which are given by inexperienced and incompetent trainers, lack real and objective benefits. As the lecturer intends, through shouts, chants, and movement games, to convince the attendees of axioms and axioms that he makes in the appearance of science, and that he - that is, “Suwaidan” - may personally follow the testimonies of one of these lecturers; To find it from an unrecognized university, and that three thousand dollars are enough to obtain a similar degree within one month.

They "do not talk about pigeon therapy or herbs, they are speaking knowingly, in depicting the finest and most luxurious forms of monuments of the age deprived of everything, who suddenly promises to control the minds of others and influence them and take from them the best possible thing" [2]

According to one of the sites interested in human development [3], the fluidity that occurred in this matter, which led to what resembles a "human development trainer for every citizen", has contributed to creating an unhealthy competition between trainers and human development centers; A new class of coaches appeared, which reduced competition and searching for new things in changing some "PowerPoint" slides, increasing some trivial exercises, and entering the show in an empty cinematic image.

Is it possible to accept what these offer in the appearance of science? Or rather: Is there room for human development to be accepted as a starting point in the guise of objective science or human knowledge? Or does the matter have other dimensions that it takes out of this space in the first place?

In the beginning, it was a wealth
Before industrial capitalism, visions about wealth were divided into two main tributaries [4]: ​​the tributary of the "mercantilists" who described wealth as an accumulation of gold and silver and that value is only achieved through commercial profit, a vision that prevailed in Europe during the periods of geographical disclosures in the fifteenth century And bring in cheap labor for mining.

And the "physiocrats" who saw the optimal source of wealth stem from the land and the reclamation of vast lands in the Americas, a vision that prevailed during the seventeenth century, and thus both gold and silver become critical expressions of the value of wealth produced by the land, and since it is used in the vast agricultural processes, or Before mining, "they are nothing but slaves and meager national labor, so there was no reason to pay attention to the work, or the worker, to be precise" [4].

With the emergence of the book "The Wealth of Nations" by the pioneer of economic liberalism "Adam Smith" which "shaped the transition milestones from the Marxist era and the physiocrats era, the greater interest in the topic (work)" [4] emerged, placing (the worker) in the focus of the attention of those with capital, which inevitably He must find means of development for him and improve the work "so that the offer ends at the end of the matter in the category of satisfying the desire of the consumer; after that, the basic categories of human development are identical to this vision that transforms the person/worker into a means, with the aim of satisfying the consumer's need [4].

Human development, from this vision, can be understood as a market dominated by supply and demand. “Marketing policies resort to creating an illusory need for the consumer, fabricating a false desire for him, and convincing him that only the merchandise of human development merchants will satisfy them.” [5] Therefore, this phenomenon can be analyzed While linking them to the global political and economic context, “the products of the so-called human development did not see the light except in a liberal-capitalist context, based on the economy of services and multinational companies, and the associated values, biases, and mechanisms of vertical mobility, advancement, and exclusion” [5].

This corresponds to Zig Ziglar’s ​​statement in his book “See You at the Top” about his book’s connection, magic recipes, and steps for success that he devised with the economic capitalist system in his country, the United States of America, as well as many of my lecturers. Capitalist human development clearly speaks of "the impracticability of what it offers in a socialist society" [5].

Development in this sense, “the individual bears responsibilities above his natural responsibilities, and implicitly exempts the state from its obligations in education, training, employment, and protection of fair and equal opportunities” [5], and most of the concepts of human development tend to redefine time so that it becomes useful time. An effort that will benefit you. ”This (benefit) is only defined within the framework of the precursor vision towards accumulating wealth.” [4]

In a philosophical critique of the concept of human development or human development in our case, Eric Hoover [5] comes out to tell us that that model that Western civilization presents to backward peoples does not come without, with it, individual frustration as tax collateral.

10 Simple Ways to Increase Motivation in the Workplace

- Here are 20 simple, low-cost ways you can increase employee motivation in your workplace, starting today It’s totally normal for employees