Wear the mens hoodie this season 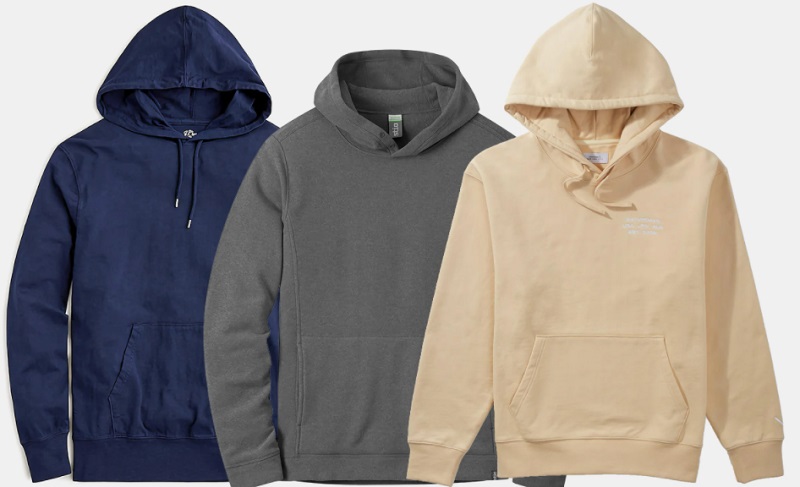 The hoodie has become a staple of men's style. We go through in detail its history, its characteristics and how to wear it.

Lovers of comfortable clothing can only rejoice, men's fashion celebrates more and more relaxed clothes. One of these is the hoodie, which is gradually taking its place in luxury clothing, especially under the rise of the athleisure style. Before you rush to pull on yours, here are some guidelines for a sharp and comfortable style.

The origins of the hoodie

Like much of men's clothing, the hoodie had humble beginnings, first in the world of sports. The American brand (especially in vogue today) Champion started making hoodies in the early 1930s. The hood was the main novelty in this new one, it was added to protect athletes from the elements. At the same time, university sports teams were voicing their need for warmer clothing for the winter, and it’s no surprise that this sweatshirt was adopted by them. In the 1960s, he then became popular among American youth.

The following decade saw the rise of hip-hop culture, first in the streets of New York, then in all the big cities. During the 1970s, the hoodie (or "hoodie") was popularized by the actors of this movement, such as graffiti artists and break-dance dancers. Then in the 1980s, the skater movement in turn adopted the hood, followed in the 1990s by the actors of the gangsta rap movement. So much so that by the turn of the century, the hoodie became a symbol of social rebellion and belonging to a subculture.

Twenty years later, sweatshirts and hoodies have not disappeared from the radar and are rather gaining in popularity.

How to choose a hoodie

There are two main categories of hoodies: those that close with a zip and those that slip on. The zip models are as much made to be worn open as closed, which makes them more versatile. They can be put on and taken off without having to mess up your hair, which is important if your hairstyle is more worked out. Finally, they are generally more fitted and therefore go well with more dressy styles.

The sweatshirts that slip on are wider, their cut is less close to the body. They offer more comfort but result in a less well-defined silhouette. These sweatshirts are more in line with what is a classic model, which favors comfort and warmth. It will be more difficult to wear them in dressy looks, but they will match very well with casual outfits.

The perfect fit for a hoodie

As with all clothing, the hoodie should be tailored to fit you, otherwise the result will not be very convincing. This means it should be relatively close to the body, without being tight. There should be a slight excess of fabric on the shoulders, for comfort, and the fabric should follow the shape of the torso and waist.

If the hoodie is too large, it will immediately create a sloppy effect. It will also be difficult to combine with other clothes in a layering style, as it will create unattractive fabric folds. Ideally, you would therefore need two hoodies: one more fitted for style, the other larger for sports.

The goal is not for your sweatshirt to be tight. It should leave enough room to pull on a polo shirt, t-shirt or shirt underneath while still allowing you to move. But also without leaving too much room, so that you can easily slip on over a jacket or other clothing.

The fabric of the hoodie

Not surprisingly, the right fabric choice for a hoodie is cotton. But more precisely, it is a cotton jersey (the jersey corresponding to a fine knitted mesh), which has the merit of preventing air from entering through the garment while absorbing perspiration and allowing the skin to breathe. In fact, it is the cotton of the sweatshirts of the early hours.

To see if your hoodie is of good quality, look at the joints between the different parts. If they are knitted together, it is a good sign. Conversely, it is only a matter of difference pieces assembled and sewn to hold together, they will not last as long.

You can also set your sights on more luxurious pieces, such as cashmere or cotton-cashmere blend hoodies.

What are the Pros and Cons of JBL Soundbars? Is It Worth Buying?