During an appearance on The Drew Barrymore Show, Kevin Bacon also set the record straight on if he walks around the house naked with his wife.

Kevin Bacon is keeping his eyes on his wife.

Earlier this month, Kyra Sedgwick made headlines after she recalled an unforgettable dinner party. While hanging out at Tom Cruise's house, the actress accidentally pressed his panic button resulting in the police checking in on the property.

During an appearance on The Drew Barrymore Show, Kevin was asked about the memorable night out. As it turns out, the actor tried to play it cool.

"I just apologized," he explained to Drew Barrymore on the April 28 episode. "‘Oh honey, she's so crazy. There she goes again pressing buttons.'"

For better or for worse, the apology may not have been enough. While appearing on the daytime talk show earlier this month, Kyra recalled five police cars rushing to the house. And no, she hasn't been invited back.

"It was one of those nights that I often don't get invited to," Kyra joked. "And so, there was this, like, fireplace mantle, and I was looking around and there was this little button underneath the mantle. I was like, 'Oh, what is that little button?' So I pressed the little button, because I thought maybe something interesting will happen."

If it's any consolation, Kyra and Kevin's home appears to be a safe place for the couple.

During her interview, the Brooklyn Nine-Nine star admitted to walking around her house freely. As she explained, "More naked than usual, but I wouldn't say we're naked all the time by any stretch."

But if you ask Kevin, it's no big deal at all. After all, their two kids are all grown up and out of the house leaving mom and dad as empty nesters.

"Listen," he explained to Drew, "As long as you have good curtains, you know, good shades."

Check Out the Biggest Celeb Fitness Transformations of 2021
Shay Mitchell, Megan Thee Stallion Jessie James Decker and more stars have shared the results of their hard work in the gym and we're celebrating their transformations on National Fitness Day.

These celebrities, they can be your motivation.

It seems fitting that National Fitness Day would fall on May 1, just ahead of the summer season. Many people are likely ramping up their workouts as the temps continue to rise, including your favorite stars.

Kylie Jenner has been sharing her fitness routine with her Instagram followers, while Tiffany Haddish, Megan Thee Stallion and Shay Mitchell have revealed the results of their respective workout challenges. To borrow a phrase from Haddish, these ladies are definitely ready!

And it's not just the ladies who are up in the gym just working on their fitness: Dwayne "The Rock" Johnson and Noah Cetineo have gotten into superhero shape for their new movie, while Luke Evans and Nolan Gould committed to seeing results while quarantining.

Plus, Justin Timberlake and Mike "The Miz" Mizanin have also detailed their journeys on social media, sharing their impressive results, and Jessie James Decker has been providing lifestyle tips for her followers.

Let's celebrate the biggest celeb fitness transformations of the year so far...

Noah Centineo
Peter Kavinsky, is that you?!

The star from the To All the Boys franchise appeared on the fitness Instagram profile of personal trainer Kirk Myers putting in work at the gym, and the gains were definitely showing in March.

The 24-year-old heartthrob has bulging muscles in preparation for his upcoming role as Albert Rothstein, a.k.a. Atom Smasher, in the DC Extended Universe's Black Adam.

During an interview with Australian radio show Smallzy's Surgery, Centineo explained how he bulked up to keep in step with the movie's star—Dwayne Johnson—by increasing his daily calorie intake to over 6,000.

"Last time I gained, I was eating 6,500 calories a day," he recalled, "but this time will not be as bad." At one point, he noted beginning his days with 12 eggs, steak, potatoes and a couple bowls of oatmeal.

Due to the ongoing coronavirus pandemic, the film's production was paused, which gave Centineo added time for his high-intensity workouts, two hours every day to be exact.

Weeks after his Black Adam co-star Noah Centineo showed off his own impressive transformation, Johnson invited his Instagram followers into his prep for the upcoming DC Comics film by posting a jawdropping photo from one of his gym sessions.

"Black Adam ready," the former wrestler wrote in the caption. "It's always the work we quietly put in when no one is watching that changes the game. Grateful for the grind (and the face of my Warrior Spirit always watching my back.)"

He added that "production kicks off this week," which explains why Johnson, whose already known for his muscular frame, was pulling out all the stops for his workouts.

Kylie Jenner
The Keeping Up With the Kardashians star is looking forward to a hot girl summer.

Jenner has been flaunting her figure with wildly fun and daring fashion ensembles. From rocking a red hot, sheer bodysuit to channeling Sharon Stone from the '90s thriller Basic Instinct, the Kylie Cosmetics founder continues to turn heads with her style statements.

And while the 23-year-old beauty mogul is looking fit as ever, a source told E! News that she has even more goals to achieve over the next few months.

"Kylie is determined now more than ever to get toned for summer," the insider shared in March. "She's fully into fitness and health."

The source continued, "She prefers doing outdoor workouts because it's more distracting and feels nice to be in nature."

Shay Mitchell
This Pretty Little Liar put in the work and she's not keeping it a secret.

Following a four-week fitness journey with the Openfit program, the You actress revealed her transformation by sharing a side-by-side photo of herself on Instagram.

"2020 was the year of searching for something to make us feel good," Mitchell wrote. "Not even good…to feel fine. Feel 'normal… For me that came in the form of comfort food, comfort clothes and throwing my fitness routine out the window."

So the 34-year-old partnered with the workout company to get her "s--t together," which included working out 30 minutes a day for five days a week during the challenge. Saying she feels "more fit than I have in a long time," Mitchell added, "I feel more healthy, energetic and engaged…which makes a better me."

But it wasn't just physical benefits Mitchell, who welcomed her daughter Atlas in October 2019, experienced.

She continued, "I also learned about physical and mental self-care, and made a pact with myself that 2021 would be different. I wanted to focus on myself again, because I'm the best version of myself for Atlas—and everyone else—when I take care of myself first."

If you are in need of fitspo right now, let the "Flip My Hair" singer's recent Instagram posts about "stepping it up" in the gym motivate you.

"The top of this year I decided to really step it up in the gym! Build more muscle, get my core in order and get stronger!" she wrote in the February Instagram caption alongside a photo of herself flexing in the mirror. "I know my core will probably never be as strong as it used to be but damn it I'm gonna try! I have goals and I'm not stopping until I'm there."

You look like you already got there and bought property to us, babe!

In April, the mother of three shared her fitness routine with her followers, revealing she works out three to four times a week and relies on low-carb fare from South Beach to fuel up for her sessions.

The Grammy winner shared the results of her ongoing fitness journey on her Instagram in April, proving hard work definitely pays off.

The 26-year-old has been sharing her workouts with her followers since the new year when she kicked off her Hottie Bootcamp. At the time, she noted it wasn't "necessarily a weight loss journey," but she was prioritizing her health by making tweaks to her diet, Or, as she wrote, doing some "real healthy girl s--t."

Justin Timberlake
Forget the woods, he's a man of the weight rack.

For his role in the Apple TV+ film Palmer, which he began filming in late 2019, Timberlake set a goal to gain 15 pounds...of muscle. In January, his personal trainer, Ben Bruno, posted an Instagram video of the actor and pop star strength training with a landline press, calling him a "beast."

Detailing that the 40-year-old "trained his ass off," Bruno revealed he worked out "sometimes twice a day. Justin trains constantly year-round, but once he sets a goal, he goes after it with an intense focus and effort and does whatever it takes."

Timberlake posted the same video on his Instagram page, writing, "My guy @benbrunotraining kicking my ass again! Thank you pushing me to get ready for #PALMER... and for always helping to achieve my goals for roles, tour and LIFE!!!"

- Its been three years since The Leftovers alum and The Morning Show star announced their separation. "Normally we would do this privately, but given that. 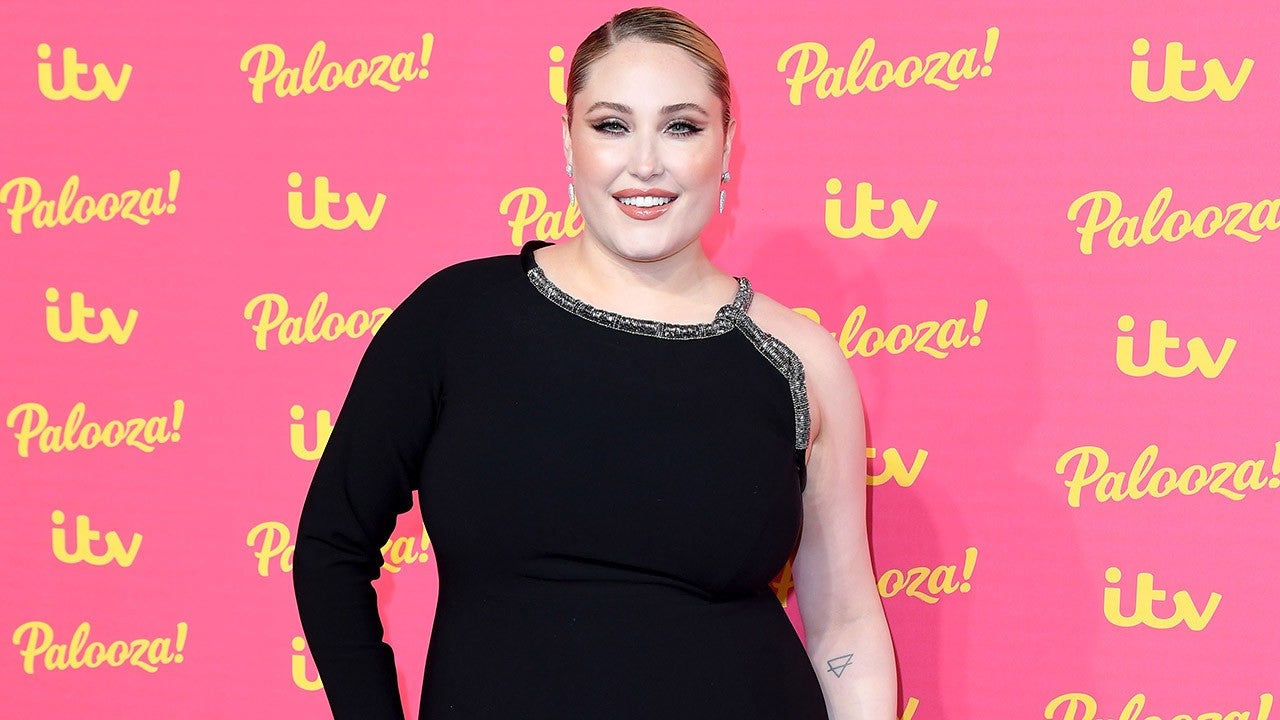 - The daughter of David Hasselhoff shared the historic cover image to her Instagram on Wednesday, April 14, writing that she is "deeply humbled and honoured&